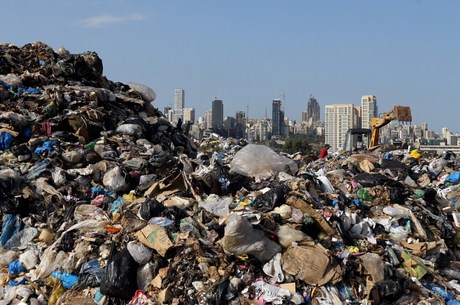 Sierra Leone denied on Sunday media reports that said that it is willing to receive Lebanon's garbage as part of a recently approved deal to tackle the country's waste management problem, reported al-Jadeed television.

“The Sierra Leone authorities warned against spreading such clams and will practice their right to resort to the judiciary and General Prosecution against all who contributed to the reporting of such news attributed to the presidency of Sierra Leone, which has harmed its reputation on the international scene,” he added in a statement.

As Safir newspaper on Saturday said that the African country has accepted to receive Lebanon's trash.

The Lebanese government has been informed of the approval through the Lebanese Ministry of Foreign Affairs. A letter signed by the adviser of President of Sierra Leone was addressed to Holland’s Howa BV firm that is tasked by the Lebanese cabinet with the exportation of the trash, the daily added.

A trash management crisis erupted in July 2015 when the Naameh landfill that receives the trash of Beirut and Mount Lebanon was closed.

The government's failure to find alternatives led to the piling up of garbage on the streets and in random locations, which raised health and environmental concerns and sparked unprecedented street protests against the entire political class.

The exportation plan will include the newly generated trash excluding the piles that were burnt and buried.

No problem. Saudi Arabia will receive Geagea with open arms.

Seems that Lebanon produces so much garbage...