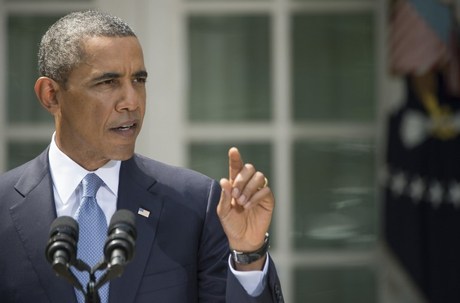 Comparing the scale of the challenge to the successful U.S. mission to put an astronaut on the moon, Obama said the drive would receive the same effort as clean energy research.

"For the loved ones we've all lost, for the family we can still save, let's make America the country that cures cancer once and for all," Obama said in his final State of the Union address.

The tragedy touched many Americans, and Biden -- after shutting down speculation that he would make a run for the White House -- has since emerged as a champion of cancer research.

- 'It's personal' -"It's personal for me," Biden said in a statement issued as Obama was using his address to name him the leader of the national fight.

"But it's also personal for nearly every American, and millions of people around the world. We all know someone who has had cancer, or is fighting to beat it. They're our family, friends, and co-workers."

Biden vowed to find ways to boost public and private funding for cancer research and treatment and to reorganize the effort, declaring: "This is our moonshot."

"Over the next year, I will lead a dedicated, combined effort by governments, private industry, researchers, physicians, patients, and philanthropies to target investment, coordinate across silos, and increase access to information for everyone in the cancer community," he said.

"Here's what that means: The federal government will do everything it possibly can -- through funding, targeted incentives, and increased private-sector coordination to support research and enable progress.

"We'll encourage leading cancer centers to reach unprecedented levels of cooperation, so we can learn more about this terrible disease and how to stop it in its tracks."

Biden described cancer as a growing threat to wider populations and already the leading cause of death worldwide.

He said that more American patients would be allowed into clinical trials of new potential remedies, and more community doctors will be involved in cutting-edge research.

Work on the project was to begin immediately.

On Friday, Biden will visit the Abramson Cancer Center at the University of Pennsylvania's Perelman School of Medicine to talk to American experts.

The following week, he will head to the World Economic Forum in Davos, Switzerland -- an annual get-together for billionaire investors and world-class scientists seeking funding.

"That is the history of the journey of this country. If there’s one word that defines who we are as Americans, it's 'possibility'," Biden said. "And these are the moments when we show up."