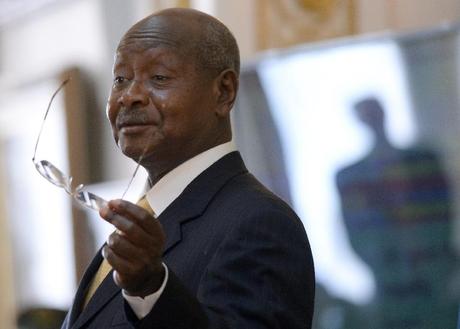 Uganda on Tuesday held celebrations to mark 30 years in power of President Yoweri Museveni, as veteran leader campaigns for fourth decade in power.

Museveni, who is thought to be at least 71-years old, is widely-expected to win another five-year term at the head of the ruling ex-rebel National Resistance Movement (NRM) party.

Uganda's Daily Monitor newspaper marked the day with an article pointing out global changes since Museveni took power in 1986, after Milton Obote was toppled.

Seven opposition candidates are vying to end Museveni's rule in the February 18 poll, but few expect Museveni to lose.

Museveni will face his stiffest opposition from Kizza Besigye, a three-time loser for the Forum for Democratic Change (FDC), and Amama Mbabazi, a former prime minister and ruling party stalwart now running for the new Go-Forward party.

With the two main opposition candidates being influential former members of the ruling party, critics say they struggle to offer a convincing alternative or to effectively criticize a system they created and benefited from.

"Since independence, Ugandans have never experienced a turnover of power through the ballot box, and many question why February's poll will be any different," wrote Gabrielle Lynch from Britain's University of Warwick, for the regional Nation Media group.

"Museveni and the NRM are spending a lot of money on their campaigns –- with many arguing that expenditure is even higher than 2011 when excess spending helped fuel inflation and deplete state coffers," Lynch added.

Political candidates on all sides have raised fears of violence, with accusations of police brutality and claims opposition groups are organizing militia forces.

The United States earlier this month said it was, "concerned that the electoral environment in Uganda is deteriorating."

Rights groups have warned that volunteer police recruited in the run-up to polls should be suspended, accusing them of brutal assaults and extortion.