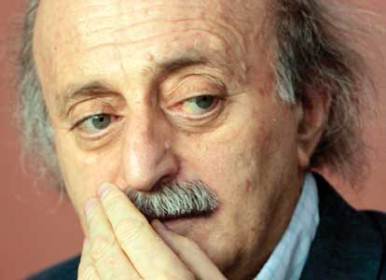 Progressive Socialist Party leader MP Walid Jumblat expressed his concern over the fate of Lebanon given the regional developments and their impact on the country, reported the daily al-Mustaqbal on Saturday on the eve of the eleventh anniversary of the assassination of former Prime Minister Rafik Hariri.

He voiced to the daily his fear that the “face of Lebanon's democracy would change in wake of the new balance that is being devised in the region.”

“The February 14 anniversary brings back memories of peaceful and stubborn struggle for justice, sovereignty, and independence,” he continued.

Lebanon has “slowly” started to witness some justice through the Special Tribunal for Lebanon that was established “through blood”, noted the MP.

As for the battle for sovereignty and independence, Jumblat stressed that it has started to “take a new turn” in light of the “dramatic and bloody developments” on the regional and international scenes.

Hariri was assassinated in a major car bombing in Beirut on February 14, 2005.

A number of Hizbullah operatives have been indicted in the crime and the STL has been set up to try them.

None of the suspects have been arrested and they are being tried in absentia.

What democracy? Is it the one you are practicing or that of Hezbollah?

Democracy? What democracy with "I, or nobody"????
What democracy when they boycott the elections, destroy the economy, the institutions, the National Pact and the living together????

@speakfreely
Please, refrain from insulting the man with multiple fake accounts
AKA pride and joy of this forum.

You people, no respect no shame you all sound so stupid it shouldnt surprise you that your leaders are the way they are. Your all disgusting. And will never know any better.