Hariri: Hizbullah-FPM are to Blame for Saudi Aid Suspension 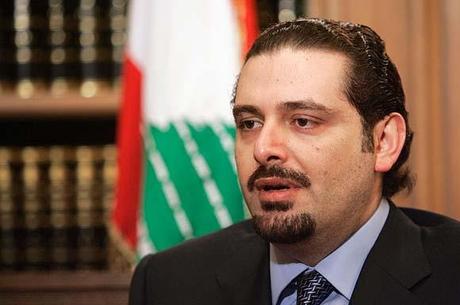 “Hizbullah and the Free Patriotic Movement are to blame for the suspension in Saudi aid,” said Hariri after a meeting he held with Grand Mufti Sheikh Abdul Latif Deryan at Dar el-Fatwa on Saturday.

“Lebanon must put its position straight regarding the attacks that targeted the Saudi embassy and consulate in Iran. Fiery statements offending the Kingdom are rejected and do not represent the policy of Lebanon,” he added.

“Khameni himself has apologized for the assault while (Foreign Minister Jebran) Bassil distanced himself,” Hariri pointed out.

Saudi Arabia said Friday it has halted a $3 billion program for military supplies to Lebanon in protest against Hizbullah's policies and recent diplomatic stances by the Lebanese foreign ministry.

In light of positions taken by Hizbullah the kingdom proceeded to “a total evaluation of its relations with the Lebanese republic," an unnamed official told the Saudi Press Agency yesterday.

Riyadh cut diplomatic ties with Tehran last month after demonstrators stormed its embassy and a consulate following the Saudi execution of a prominent Saudi Shiite cleric and activist, Nimr al-Nimr.

The official cited by Saudi Press Agency said Lebanon had not joined condemnation of the attacks on Saudi Arabia's diplomatic missions in Iran, neither at the Arab League nor at the Organization of Islamic Cooperation.

He also deplored the "political and media campaigns inspired by Hizbullah against Saudi Arabia," as well as what he called the group's "terrorist acts against Arab and Muslim nations."

speakfreely
right on. Geagea has nothing to do with this article

I luv hizb..
Dude refrain from this foul language please. This is really a turn off. Why the insults???

too bad this forum is turning into a disgrace.
what a shame

"those fake accounts and trolls ... are intended to spread sectarian hatred."

One of the funniest things I have ever read.!

Speakfreely
No need to apologize my friend. You and I have been chatting on this site long enough to know you so to speak. I can understand you reaction.
I just wish this guy will understand that foul language is not the way to express his views.
I am surprised that naharnet has not banned him while it has banned other comments less offensive than his.
go figure.
Apart from that I hope you're doing ok in your life. I am in Beirut right now and should return back to the US by month end

well I don't know about enjoying myself in Beirut, between the high cost of living, pollution, bad traffic, noise etc.. I manage somehow as I try to see the good part of what is left in Lebanon. I do spend a few days in Faraya where I own a chalet there.
I don't think Iwill be back for a while in Lebanon. I would love to meet you though. That sounds real cool
I wonder if it is safe to send you my email on this site
what you think?

Cool bro. I will be in London on my way back

I luv hizb
were you talking to me?

What is this
A baby game
If you can't take criticizem, you should go back to your shell
You can dish it , but can't take it

"Criticizem"? They dealth with it for "monthes" and "monthes".

No Mr. Hariri, HA and the FPM are not responsible for the deterioration of Lebanon's relationship with KSA. It is the government's fault for not being able to control a political party who has a militia stronger than the army. The same government that you are part of. HA and FPM are political parties that are loose canons. Instead of assessing blame, why share a government with them? Why have dialogue with HA?

Be aware of Islamic political terrorism, this is a new form of terrorism as a result of ethnic hate culture in Middle East, all terrorists are Muslims armed with ethnic hate policy and retaliation evil provocative culture.