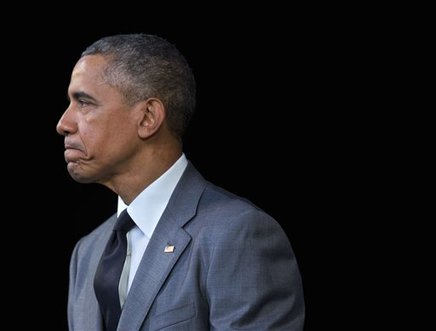 President Barack Obama condemned the "outrageous" attacks Tuesday in Brussels that killed about 35 people, saying the United States would do everything in its power to hunt down those responsible.

"We must be together regardless of nationality or race or faith in fighting against the scourge of terrorism. We can and we will defeat those who threaten the safety and security of people all around the world," he said, speaking in the Cuban capital Havana.

A series of explosions ripped through Brussels airport and a metro train, also injuring more than 200 in the latest attacks to rock Europe.

Obama, on a landmark trip to communist-run Cuba, spoke by telephone to Belgian Prime Minister Charles Michel to express his condolences and America's full support, the White House said.

"The thoughts and the prayers of the American people are with the people of Belgium and we stand in solidarity with them in condemning these outrageous attacks against innocent people," said Obama.

"We will do whatever is necessary to support our friend and ally Belgium in bringing to justice those who are responsible, and this is yet another reminder that the world must unite."

Security was tightened across Europe after the attacks and there were similar moves in New York and Washington, where U.S. authorities deployed counter-terrorism reinforcements and the National Guard to airports and stations.

The New York Police Department said there was no indication that the attacks in Belgium were connected to New York, but ordered stepped up security as America's biggest city of 8.4 million began the morning commute.