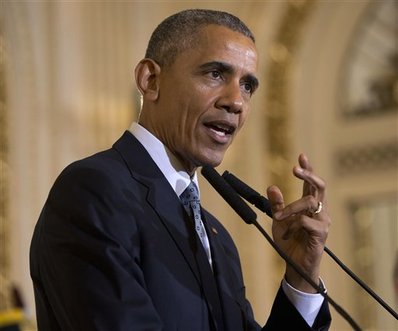 U.S. President Barack Obama urged nations Wednesday to unite against terrorism after the deadly jihadist attacks in Brussels and said wiping out the Islamic State group was his "top priority."

Bombers killed 31 people at Brussels airport and a metro station on Tuesday. The Islamic State armed group, sometimes known as ISIL, claimed responsibility for the blasts.

"We will... continue to go after ISIL aggressively until it is removed from Syria and removed from Iraq and is finally destroyed," Obama said during a visit to Argentina.

"The world has to be united against terrorism and we can and we will defeat those who threaten the safety and security not only of our own people but of people all around the world. So that is the top priority of ours."

Obama spoke alongside his Argentine counterpart Mauricio Macri at the start of the U.S. president's stop in Argentina, where he arrived following a landmark visit to Cuba.