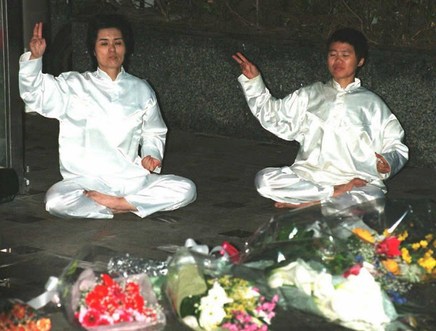 Montenegro has deported 58 foreign members of a Japanese doomsday cult, most of them Russians, for lacking the right permits to visit the Balkan country, police said on Tuesday.

"Police received information from partner security services showing that a group of foreign nationals, who were members of a closed religious group, were staying in Montenegro," a police statement said.

The statement did not specify the religious group, but a police source told AFP anonymously that they belonged to Aum Shinrikyo, the Japanese doomsday cult that carried out a deadly sarin gas attack on the Tokyo subway in 1995.

Local media also reported that the expelled group belonged to the cult.

Police briefly detained the group at a hotel in the central town of Danilovgrad on Friday and found they were not in possession of valid visitor permits, so they were asked to leave the country, the statement said.

The group was made up of 43 Russian nationals, seven from Belarus, four from Japan, three from Ukraine and one from Uzbekistan. Police did not elaborate on their reasons for being in Montenegro.

An earlier Russian foreign ministry statement said 60 foreign nationals, including Russians, had been detained by Montenegro police on suspicion of involvement in "international organized crime" but were released without charge after questioning.

It said however they were to be deported for failing to register their stay.