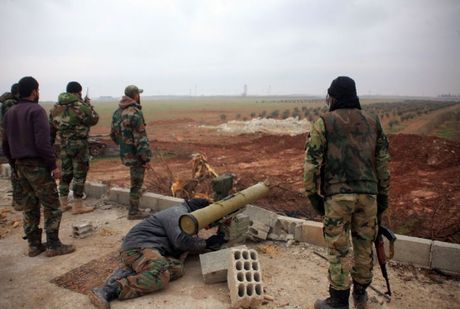 Russia has asked the United Nations to blacklist a major rebel group that is playing a key role in peace talks to end the Syrian civil war, its ambassador to the UN said.

Mohammed Alloush, a leading figure in Jaish al-Islam (Army of Islam), is the chief negotiator for the High Negotiations Committee, the war-torn country's main opposition group, at UN-brokered peace talks in Geneva.

"The Russian delegation submitted to the UN Security Council's Counter-Terrorism Committee a request" to add "two organisations: Jaish al-Islam and Ahrar al-Sham," to a blacklist that includes the Islamic State group and al-Qaida, Russia's ambassador to the UN Vitaly Churkin said in a statement Tuesday.

Churkin said that the two groups are "closely linked to terrorist organisations, primarily the Islamic State group and al-Qaida."

The groups "both give (the IS and al-Qaida) and receive from them financial, material, technical and military support," he said.

However the HNC pulled out last week from the latest round of talks that began on April 13 in frustration over a spike in violence on the ground.

The Saudi-backed Jaish al-Islam rebel group is the most important in the Damascus province.

Ahrar al-Sham is among the most powerful Islamist rebel groups in Syria.

Financed by Turkey and Gulf states, it is allied to Al-Nusra Front, al-Qaida's Syria affiliate, and fights alongside it around Aleppo and in neighboring Idlib province.

The Damascus regime has consistently branded all its opponents -- armed or not -- as "terrorists" since the outbreak of war in 2011.