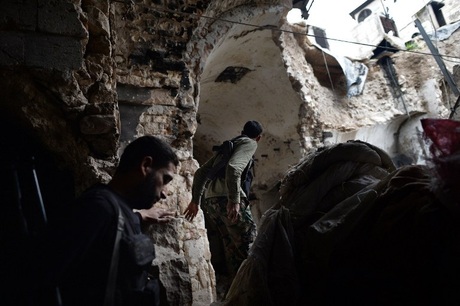 The Pentagon on Friday rejected a Russian proposal to launch joint air strikes against jihadists from next week in Syria, where they have been conducting separate bombing campaigns.

"We do not collaborate or coordinate with the Russians on any operations in Syria," Pentagon spokesman Navy Captain Jeff Davis told reporters, explaining that Washington and Moscow have separate military objectives.

"Russian operations are supporting and enabling the Assad regime and our focus is solely on degrading and defeating ISIL," Davis said, referring to the Islamic State group.

Earlier Friday, Russian Defense Minister Sergei Shoigu suggested the two countries launch joint strikes against Jabhat al-Nusra and other illegal armed groups that do not support a frail truce brokered by Moscow and Washington in February.

He also proposed that joint strikes be made against "convoys containing weapons and ammunition, armed units that illegally cross the Syrian-Turkish border."

Davis said Russia had not made a formal proposal to the United States.

"I've only seen the same press reports you have -- nothing formal has been presented to us," he told reporters.

Yeah, the American objective is regime change, and propping up Wahhabite insurgents.