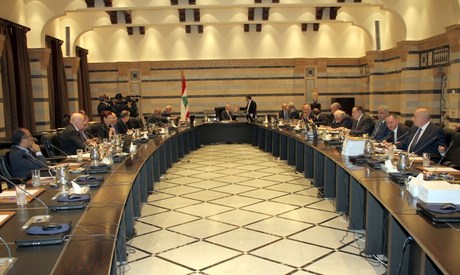 The cabinet on Thursday avoided debate on controversial plans to construct a dam in the Janna Valley in Nahr Ibrahim, postponing the topic to its next session, as environmental activists staged a rally outside the Grand Serail.

“We are against the Janna dam project,” State Minister for Administrative Development Nabil de Freij said.

De Freij is close to al-Mustaqbal movement of which several officials have said that they are opposed to the project over environmental concerns. The Free Patriotic Movement has meanwhile rejected the environmental arguments, accusing Mustaqbal of obstructing the project due to political motives.

“Our behavior has been purely environmental in the issue of the Janna dam and we will abide by what the experts say. We are not against the project as a project but we must take its environmental impact into consideration,” Environment Minister Mohammed al-Mashnouq, who is close to Mustaqbal, said.

Economy Minister Alain Hakim meanwhile said that the Kataeb Party supports the stance of the Environment Ministry on the dam project.

Education Minister Elias Bou Saab of the FPM arrived at the session carrying pictures of stone crushing plants which he said are causing significant environmental damage in other regions while enjoying political protection from other parties.

“Water is the source of life and the environment minister's stance must not be political,” he told reporters prior to the session.

Interior Minister Nouhad al-Mashnouq of al-Mustaqbal meanwhile noted that his movement's stance on the dam is “based on environmental and not political considerations.”

Hizbullah's two ministers threw their support behind their FPM allies.

“The issue of water is strategic and it must be kept away from political bickering,” State Minister for Parliament Affairs Mohammed Fneish said.

Industry Minister Hussein al-Hajj Hassan meanwhile said that “each dam in the world has pros and cons and the issue must be discussed scientifically and not politically.”

“The pros are definitely bigger than the cons,” he added.