Franjieh Clings to His Nomination, Denies Confronting Aoun in Jounieh 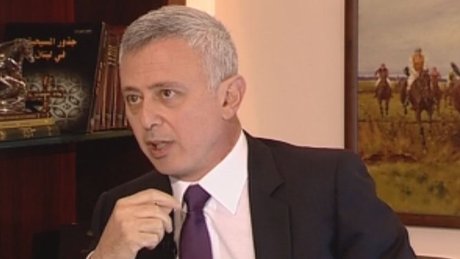 Marada Movement chief MP Suleiman Franjieh stressed Thursday that he has “the right to be alternative candidate” if Free Patriotic Movement founder MP Michel Aoun does not secure consensus on being elected as president.

“When ex-PM (Saad) Hariri endorses General Aoun, I will go to parliament to elect him, but if General Aoun does not have chances, then I have the right to be the alternative candidate,” said Franjieh in an interview on LBCI television.

“The problem over the presidency is not about me and I won't let General Aoun down should ex-PM Hariri endorse him, although ex-PM Hariri is still supporting my presidential run,” he added.

In response to a question, the Marada leader noted that he would “understand” Hariri's decision should the latter decide to back Aoun.

“Our problem with General Michel Aoun is not about him being the top Christian leader. He is the top leader but he is not the only leader,” Franjieh explained.

Turning to the latest municipal elections in the city of Jounieh, where a Aoun-backed list achieved a difficult victory, Franjieh denied backing the electoral alliance that ran against the FPM-led coalition.

“(Ex-MP) Farid Haykal al-Khazen is my friend and (ex-MP) Mansour Ghanem al-Bon has recently become my friend and I sympathized with them,” Franjieh explained, denying any direct support for them in the electoral battle.

He also stressed that Africa-based Lebanese businessman Gilbert Chaghoury did not fund the electoral battle of the anti-FPM list.