Israel Thanks Russia for Returning Tank from 1982 Lebanon Invasion 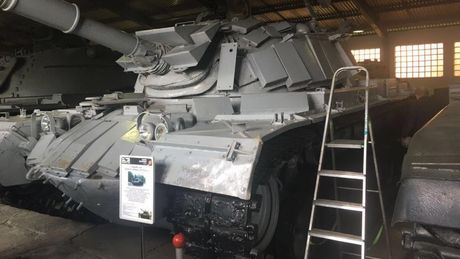 Israel's prime minister has thanked the Russian president for agreeing to return a tank from a battle in the 1982 invasion of Lebanon from which three Israeli soldiers are still missing in action.

Israeli PM Benjamin Netanyahu issued a statement Sunday thanking Russian President Vladimir Putin. It says that after the war Syria delivered the tank to the Russian army and it later ended up in a Moscow museum.

The Sultan Yaaqoub battle pitted Israeli forces against the Syrian army. Three Israeli soldiers from the battle where the tank was deployed are still missing.

At least 30 Israeli soldiers were killed in the fighting.

Military service is compulsory in Israel and the fate of the missing soldiers has emotional resonance.

Netanyahu addressed the soldiers' families in the statement saying, "there has been nothing to remember the boys by and no grave to visit for 34 years now. The tank is the only evidence of the battle."

Agreed. The question is he who delivered the tank to Syria received a payback. This same militia working for Iran and Syria is scarifying Lebanese citizens until this day.