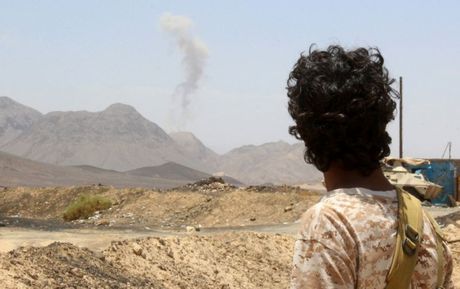 Al-Qaida in the Arabian Peninsula (AQAP) "remains a significant threat to the region, the United States and beyond," US Central Command, which oversees military operations in the Middle East, said in a statement.

"We remain committed to defeating AQAP and denying it safe haven regardless of its location."

AQAP has several thousand "adherents and fighters" in Yemen, where it is "very active," CIA Director John Brennan told the Senate Intelligence Committee on Thursday.

"There is an active effort underway to continue to dismantle and destroy that organization."

There are also "several hundred" fighters loyal to the Islamic State group in Yemen, Brennan said.

AQAP has taken advantage of the country's civil conflict between Huthi rebels and Yemeni government forces to expand its influence in the country's south and southeast.

US soldiers had been deployed in Yemen until March 2015, when the last troops left the country in the face of a Huthi rebel advance.

However, a "very small number" of US soldiers recently returned to the southern port of Mukalla, retaken from AQAP in April, the Pentagon confirmed last month.