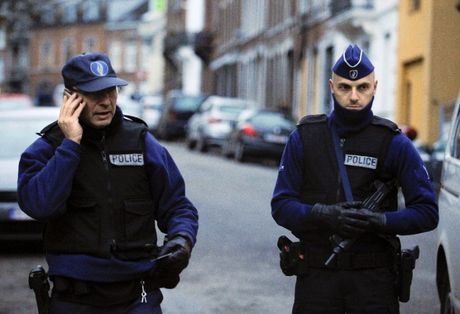 Dozens of searches were carried out across Belgium overnight in a case that needed "an immediate intervention", federal prosecutors said Saturday.

The raids took place in 16 communes in Brussels, Flanders and Wallonia and "passed off without incident," they said in a statement, adding that "until now no arms or explosives were found."

Flemish commercial broadcaster VTM reported that it was linked to a threat linked to Belgium's fixture against Ireland due to be held Saturday at 15:00pm (1300 GMT) in Bordeaux, France.

The channel said the threat was against targets in Belgium, possibly fans watching the game on television in crowded places.

A judge will decide later whether to detain those who have been arrested, none of whom have been named.

Belgium is still reeling from the Islamic State suicide bombings at Brussels airport and on the city's metro on March 22 which killed 32 people and wounded hundreds more.

They came five months after jihadists, many of them from Brussels, carried out gun and bombing attacks in Paris on November 13, killing 130 people and wounding hundreds more.

The latest raids targeted several areas tied to the attacks of November 13 and March 22.

Officers in Flanders moved on the town of Zaventem close to Brussels National airport while there were raids in the Brussels suburbs of Molenbeek, Schaarbeek and Forest were closely associated with the perpetrators of both attacks.

Molenbeek is notorious for being a hotbed of Islamic extremism where Salah Abdeslam, the only surviving member of the 10-man jihadist team that attacked Paris, hid out for months until his dramatic arrest on March 18.

One of the searches in Wallonia was conducted in the area of Fleurus close to Charleroi airport -- the country's second international air hub -- and a region that also hosts part of the country's nuclear industry.

- 'Their actions are imminent' -France, which is hosting the Euro 2016 football championships, is on maximum alert after an assailant previously convicted for jihadism killed a police officer and his partner on Monday.

The latest raids have raised tensions in Belgium which is already dogged by the threat of terrorism.

Belgian media reported on Wednesday that police had warned that Islamic State group (IS) fighters had recently left Syria to carry out attacks.

"They would separate into two groups, one for Belgium, the other for France, to attack in pairs. According to the information received these people are in possession of the necessary armament and their actions are imminent," an official document revealed by the La Derniere Heure newspaper stated.

On Saturday, a source close to the Belgian authorities told AFP that several leading Belgian political figures have recently had their security increased.

According to state broadcaster RTBF and daily Flemish newspaper Het Nieuwsblad, Prime Minister Charles Michel, Foreign Minister Didier Reynders, Interior Minister Jan Jambon and Justice Minister Koen Geens, are among a group of 30 people who, along with their families, have had their personal security stepped up since Friday.

RTBF added that there is no link to the most recent raids.

Despite the disclosures, Belgium's terror level remains at level three meaning that an attack is considered "possible and probable". The highest, level four, would mean that the threat is "serious and imminent".