U.S. Court Convicts Two of Conspiring to Join IS 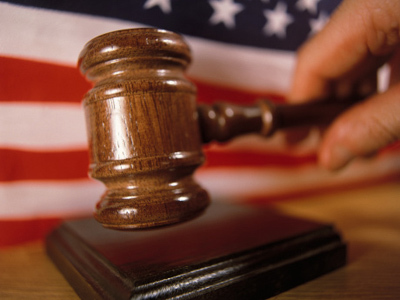 A U.S. court on Tuesday convicted two men of attempting to help the Islamic State group in Iraq and Syria, with one attempting to travel to the Middle East.

A jury found Nader Elhuzayel and Muhanad Badawi, both 25, guilty of conspiring to provide material support to the jihadist group, the U.S. Justice Department said in a statement.

Both men, from Anaheim, California, were arrested in May last year, when Elhuzayel was about to board a plane from Los Angeles to Turkey to join the IS group.

They had "used social media to discuss ISIL and terrorist attacks, expressed a desire to die as martyrs, and made arrangements for Elhuzayel to leave the United States to join ISIL," the statement said, using a term for the IS group.

Badawi had bought a one-way ticket for Elhuzayel to travel to Israel with a layover in Istanbul, it added.

In recorded conversations, Badawi and Elhuzayel "discussed how it would be a blessing to fight for the cause of Allah, and to die in the battlefield."

The two also recorded a video in which Elhuzayel swore allegiance to IS group leader Abu Bakr al-Baghdadi and vowed to travel to Syria to join the group, the statement said.

The jury also found Elhuzayel guilty of 26 counts of bank fraud, for which he faces up to 100 years in prison.

It found Badawi guilty of fraudulent use of federal funds, for which he faces up to 35 years in prison.

Elhuzayel obtained money for his travel by depositing stolen checks into his personal checking accounts before withdrawing cash from three banks.

In her opening remarks, prosecutor Deirdre Eliot told the jury that the two men had shared pictures of beheadings on social media.

Badawi's lawyer argued that although his client's behavior could be perceived as "un-American" and "repulsive," he did not intend to carry out an attack.

Elhuzayel's lawyer Pal Lengyel-Leahu argued his client's comments on social media were merely provocative opinions that should be protected under the right to freedom of speech.

Elhuzayel has Israeli citizenship, he argued, saying his client planned to travel to Israel to get married. Elhuzayel would have difficulty joining the IS group with an Israeli passport, he told reporters after the verdict.

The pair will be sentenced in September.

U.S. authorities have arrested several other young people attempting to join the IS group in recent years, including a 22-year-old sentenced to 12 years in prison in June.