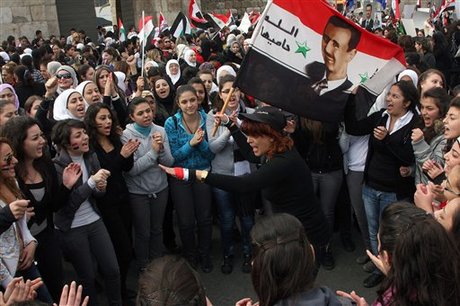 Russia said Friday ahead of the expiry of a new Arab League ultimatum on Syria that it opposed pressure and sanctions against its traditional Arab ally and wanted to see a renewal of political dialogue.

"At this stage, what we need is not resolutions, sanctions or pressure, but inter-Syrian dialogue," foreign ministry spokesman Alexander Lukashevich told a televised press briefing.

The 22-member Arab League on Thursday gave Damascus less than 24 hours to allow monitors into the country or face sanctions and also issued its first call for the United Nations to help resolve the crisis.

"Human rights issues should not be used as a pretext for such intervention," Lukashevich said.

"Military intervention in Syria is completely unacceptable to Russia."