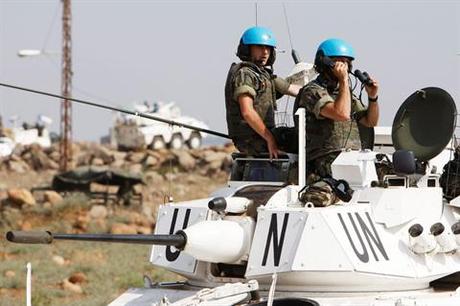 The sources said the reduction in the number of French soldiers from the current 12,000 would come when UNIFIL Commander Maj. Gen. Alberto Asarta’s mandate expires.

An Italian is expected to take charge after him.

The French leadership has decided to make the decrease to pave way for the Lebanese army to gradually take more charge of the monitoring of the ceasefire in accordance with Security Council resolution 1701 that ended the 2006 war between Israel and Hizbullah, the sources told al-Hayat.

The number of troops that will be withdrawn from UNIFIL is not known yet, they said, stressing that the French move is linked to a U.N. decision on the size of peacekeepers that the world body wants to keep in southern Lebanon.

In August, the Security Council strongly condemned attacks on U.N. peacekeepers in Lebanon as it renewed the key force's mandate for another year.

getting out before the new war with israel