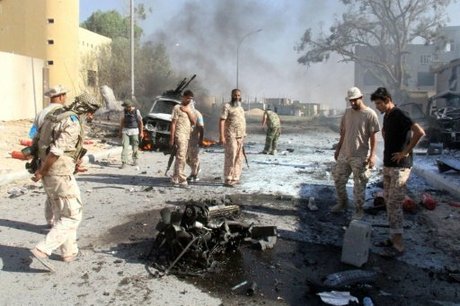 The U.N. used World Humanitarian Day on Friday to plead for help for Libya, saying millions of Libyans and migrants were engulfed in a worsening crisis.

"More than 2.4 million people in Libya are in need of humanitarian assistance," Martin Kobler, the U.N. secretary-general's special representative for Libya, said in a statement.

"They lack medicines, vaccinations and suffer from poor hospitalization services. Almost 300,000 children are out of schools and almost 350,000 Libyans are displaced within the country."

Kobler also noted the predicament of more than 270,000 migrants who fled their home countries and are stranded in Libya.

"The humanitarian needs created by the crisis in Libya are enormous and this should serve as an incentive for us to do our utmost to give hope to the people, particularly those in urgent need of humanitarian assistance," he added.

The ouster of Moamer Kadhafi in 2011 plunged Libya into chaos, with rival militias jockeying violently for power.

The latest fighting is centered on the coastal city of Sirte, where pro-government forces are pressing an assault against the jihadist Islamic State group.