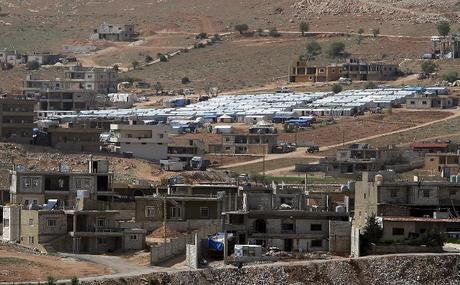 Hizbullah on Sunday bombed gatherings of jihadists in the outskirts of the northeastern border town of Arsal, Hizbullah's al-Manar TV said.

The Lebanese group fired artillery at “gatherings for the militants of al-Nusra Front on the heights of Qornet al-Qanzah in Arsal's outskirts,” al-Manar said.

Al-Nusra has recently renamed itself Fateh al-Sham Front after renouncing its status as al-Qaida's Syria franchise.

Hizbullah chief Sayyed Hassan Nasrallah announced in an interview aired Friday that the Lebanese army has the ability to oust the jihadist groups from Arsal's outskirts but lamented the lack of a “political decision,” alleging that “al-Nusra has allies in the Lebanese government.”

Militants from the former al-Nusra and its jihadist rival, Islamic State, are entrenched in rugged areas along the undemarcated Lebanese-Syrian border and the army regularly shells their posts while Hizbullah and the Syrian army have engaged in clashes with them on the Syrian side of the border.

I wonder where you are and how you are dear flamethrower as you lay in pieces and tranquility at your final resting place in Aleppo. R.I.P Shia Hero....

Loool. I didn't follow the last episode. What happened after overtaking the same hill several times?

In Iran and KSA, young men dress in chador to mingle with girls freely.