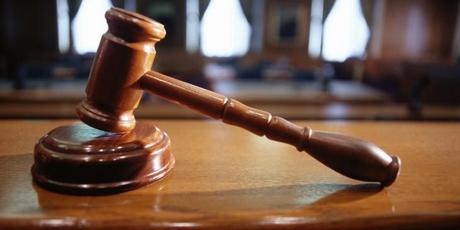 A Montenegrin went on trial in southern Germany Friday accused of helping to prepare a terror attack after he was found driving to Paris last November with Kalashnikovs and explosives hidden in his car.

The 51-year-old was arrested during a routine check on a Bavaria motorway on November 5, just over a week before 130 people were killed in coordinated suicide bomb and gun attacks in the French capital.

Police discovered a cache of weapons in his car, including eight Kalashnikovs, handguns, two hand grenades and 200 grammes of TNT explosives.

The accused, named as Vucelic V., told a Munich courtroom at the start of his trial that he was aware the weapons were in the car but he denied any knowledge of an attack being planned.

The destination entered in the VW Golf's sat-nav system showed an address in Paris, according to the indictment. The same address was found on a handwritten note in the car, along with a phone number for a contact person in France.

While no direct link has been established between the man and the Paris attackers, prosecutors say he was fully aware the weapons were to be used for a planned terror attack.

He stands accused of "acting as an accomplice in the preparation of a serious act of violence" threatening French state security.

He also faces charges for the unlawful possession and transportation of assault weapons.

His trial is expected to last a week.

If convicted, he faces a minimum sentence of three years and nine months, a court spokeswoman told AFP.

The November attacks in Paris were claimed by the Islamic State group.