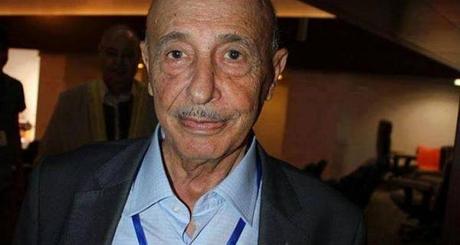 The EU extended on Friday by six months the sanctions against the head of Libya's internationally recognized parliament as well as two former officials, for blocking peace efforts by failing to get behind the U.N.-backed unity government.

Libya has had rival administrations since mid-2014 when a militia alliance took over Tripoli, setting up its own authority and forcing the recognized parliament to flee to the remote east.

But in a blow to the Government of National Accord (GNA) supported by the United Nations and Western powers, the internationally recognized parliament headed by Aguila Saleh gave it a no confidence vote in August.

The other two ex-officials facing a new round of sanctions are Khalifa Ghweil and Nuri Abu Sahmein -- both former top figures in an unrecognized authority that has since ceased to function.

The sanctions, which have been in place since April and were rolled over on Friday to April 2017, ban travel in the European Union for the three men and a freeze on any of their assets in the EU.

The European Council, which groups the 28 EU leaders under former Polish premier Donald Tusk, said in a statement it "remains concerned by the situation in Libya and in particular the acts that threaten peace, security and stability of the country."

Libya is facing "political impasse" and "hazardous military developments," the U.N. envoy to the North African country Martin Kobler warned on Tuesday, highlighting the impact of violence on civilians.

The nation has been ravaged by unrest since the fall and death in 2011 of strongman Moammar Gadhafi and has also seen the jihadist Islamic State group establish a foothold.

Libya has Africa's largest oil reserves, estimated at 48 billion barrels, but production and exports have slumped dramatically after years of crisis.

France will host an international meeting on Libya next week featuring several countries in the region including Egypt and Gulf states.

The aim is "to see how we can advance the cause of achieving the necessary unity in Libya", French government spokesman Stephane Le Foll said Wednesday.