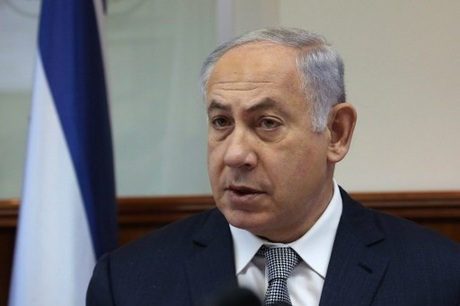 Israeli Prime Minister Benjamin Netanyahu called Sunday for ministers to refrain from comment on Donald Trump's presidency after right-wing politicians said his election win put an end to a two-state solution with the Palestinians.

Netanyahu has been cautious in his comments since Trump's stunning U.S. presidential victory on November 8, sending congratulations and pledging to work with him.

But other right-wing politicians have used Trump's win to promote their cause, with some calling for the end of the idea of a two-state solution with the Palestinians, the basis of years of negotiations.

Education Minister Naftali Bennett, who heads the religious nationalist Jewish Home party, said last week "the era of a Palestinian state is over."

Netanyahu said at the start of a cabinet meeting: "President-elect Trump and I decided to meet soon in order to discuss all of the important issues on the agenda between the U.S. and Israel.

"I request that all ministers, deputy ministers and (lawmakers) allow the incoming administration to formulate –- together with us –- its policy vis-a-vis Israel and the region, through accepted and quiet channels, and not via interviews and statements."

Trump's win is seen as likely leading to a far more favorable U.S. policy toward Israel, though many analysts have cautioned that his thinking remains unclear and he has proven himself to be unpredictable.

Netanyahu was among the first leaders Trump spoke to after his election victory.

At the same time, Israel is concerned that President Barack Obama may seek a U.N. resolution on its conflict with the Palestinians that the Jewish state opposes before he leaves office on January 20.

Obama's administration has intensified its criticism of Israeli settlement building in the occupied West Bank.

"In recent years we have wisely and responsibly managed our relations with the United States -– the greatest and most important of our allies -– and we will continue to do so in the coming months and years," Netanyahu said.

The premier also said Trump had "expressed very deep friendship for Israel, a friendship which has characterized him and, I must add, also the team around him, for many years".

The U.S. grants Israel more than $3 billion per year in defense aid.