Lebanon Plunges into Darkness after Zahrani Power Plant is Shut Down 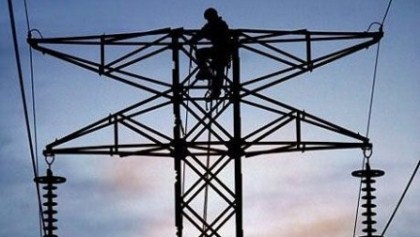 Lebanon was plunged into darkness Friday after employees shut down the Zahrani power plant in southern Lebanon after receiving threats from the local municipalities and street thugs, revealed Electricite du Liban in a statement on Friday.

It explained that the threats stemmed from the transportation of a MVA 40 transformer from the plant to Sidon’s main power plant.

The statement explained that the Zahrani plant can function with a MVA 20 transformer, which it currently possesses.

Lebanon has consequently lost 37 percent of its power production seeing as the Zahrani plant provides the country with some 430 megawatts of electricity, reported the daily An Nahar on Saturday.

Power was cut off from the majority of Lebanese territories, including main areas in Beirut.

The Electricite du Liban statement stressed that the shutdown is punishable by the penal law because it harms national security.

It demanded the Interior and Defense Ministries to immediately intervene and take the necessary measures to refer those behind the shutdown to justice.

As Safir newspaper reported on Saturday that Electricite du Liban General Manager Kamal Hayek contacted all concerned officials, including Energy Minister Jebran Bassil, to explain to them the severity of the Zahrani employees’ action.

The minister consequently conducted his own contacts with the concerned authorities and political sides to resume functioning at the plant.

Informed sources told the newspaper that it is not sure if the shutdown is politically motivated or not.

Akeed it's political! Who else is bold enough to take matters using force other than the hizbulchaytan w a3wanahou among them the biggest 3aoun to them, the great general aouuuun!

funny: basil wants to punish the employees who refuse to work under threat of hizbushaitan thugs?

That's why you hire Union and NON-Union employees, I wonder what the employees demands are? raise or else shutdown the electricity? How about you take out the losses from their pay check as a punishment?
Here is the solution, send the ISF to the plant, get the list of names who were involved in this act and use the company code of ethics book and policy to punish the employee who failed to do his job. This will send them a message the next time they think about doing such thing again. If the book says you will be dismissed from your job if you harm the plant then execute the policies.

I wonder who these "thugs" are and to which party they belong..... Zahrani is in the south, its a shiite area, and is controlled by the blasphemous party and the Berri thugs...... hmmmmmmm......! It is an area where Ashraf Al Nass live....

who were responsible of this act of violence? amal and hezb... no comment

the all more reason for lebanon to go green and start installing solar panels and wind turbines.