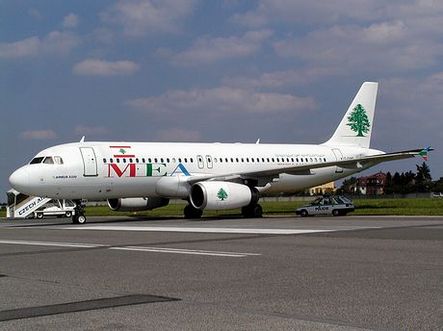 Middle East Airlines chairman Mohammed al-Hout on Sunday said that the pilots had suspended their 5-day strike “without preconditions or promises and commitments from the company’s administrative board.”

“We welcome the decision of the pilots’ union to suspend their strike, which was unjustified and illegal,” Hout said in an interview with state-run National News Agency.

Addressing the company’s employees, the chairman said “this firm will go on and it will always move forward and prosper through the efforts of its employees, according to the plans drawn by the company’s administrative board.”

Hout also extended his apologies to the passengers, stressing that MEA had “exerted all efforts possible to secure their trips, operating more than 40 percent of the company’s flights (on its own planes), while securing the rest of flights aboard the planes of other companies.”

“We hope they will continue to place their trust in this national company,” he added.

MEA pilots at midnight on Saturday ended a five-day strike in protest at the dismissal of a cancer-stricken colleague which grounded dozens of flights at Beirut airport.

"Out of concern for our company and Lebanon's tourism sector, and out of respect for our passengers, we announce the suspension of our strike," Captain Fadi Khalil, head of the pilots' union, said at a news conference Saturday, adding that the strike was "in principle over."

He said the decision came after the MEA administration agreed to pay striking pilots full salaries for the month and revoked its threat to dismiss them.

The pilots had been due to end their initially 48-hour strike on Wednesday evening but prolonged the action after the company withdrew five days worth of wages and sent a warning letter to each striking pilot threatening dismissal.

The strike was announced on Monday after an MEA captain who had served the airline for 38 years was laid off as soon as he went on sick leave to undergo treatment for cancer.

The company has since come to a fair agreement with the captain, Khalil said. The losses incurred by MEA have yet to be determined.

I plan to be in Lebanon with my family?