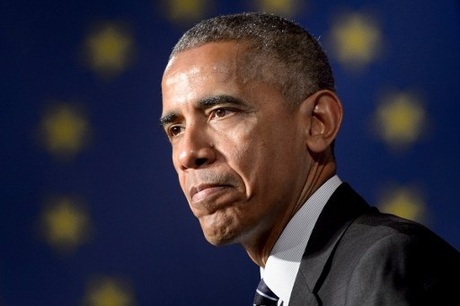 US President Barack Obama on Thursday ended a decades-old policy that allowed Cuban migrants who arrived illegally on US soil to stay.

In one of his final acts before leaving the White House, he scrapped rules allowing those fleeing communist Cuba and reaching American territory a fast track to permanent resident status.

Obama said the move would "bring greater consistency to our immigration policy."

"Effective immediately, Cuban nationals who attempt to enter the United States illegally and do not qualify for humanitarian relief will be subject to removal, consistent with US law and enforcement priorities," he said in a statement.

The Cuban government welcomed the decision on Thursday, calling it "an important step forward in bilateral relations."

There are around 1.8 million Cuban-Americans today, including two Republican 2016 presidential candidates, Marco Rubio and Ted Cruz.

- Easing tensions -Cuban issues stand at the forefront of politics in the crucial swing state of Florida, making politicians extremely wary about revoking the policy and lifting economic sanctions against Havana.

But the immigration policy came under pressure as Cuban-American politics have become less strident, with some viewing it as anachronistic and encouraging dangerous sea voyages in makeshift rafts.

Passed in 1966, the Cuban Adjustment Act has offered any citizen of Cuba admission and permanent residence in the United States after spending one year in the country, with no yearly quota on immigrants.

However, then-president Bill Clinton decided in 1995 that Cubans intercepted at sea would be sent home under the policy Obama scrapped today, which became known as "wetfoot/dryfoot."

Obama's rapprochement with Cuba and his historic visit to Havana last year had fueled speculation the policy would be scrapped.

That prompted a spike in the number of migrants attempting the often perilous trip, many fearing normalized relations would bring an end to the special status granted Cuban immigrants at the border.

Geoff Thale of the Washington Office on Latin America, a research and advocacy group, welcomed the change.

The old policy "seemed particularly unfair when children and families fleeing violence in Central America are subject to deportation," he said. "This change 'normalizes' our treatment of Cuban immigrants."

"It is in fact President Obama's failed Cuba policy, combined with the Castro regime's increased repression, that has led to a rise in Cuban migration since 2014," he said in a statement.

"I am heartened by the fact that in a week we will have a new administration committed to discarding the failed Cuba policy of the last two years," he added.

Obama said the decision was another step toward normal relations.

"By taking this step, we are treating Cuban migrants the same way we treat migrants from other countries."

"The Cuban government has agreed to accept the return of Cuban nationals who have been ordered removed, just as it has been accepting the return of migrants interdicted at sea," he added.

"With this change, we will continue to welcome Cubans as we welcome immigrants from other nations, consistent with our laws."

But many Cubans in Panama -- a waypoint on their arduous overland trek to the United States -- reacted with fury.

"Obama has screwed all Cubans," Yadiel Cruz, a 33-year-old in a Catholic shelter in Panama City, told AFP on learning the US president had suddenly made it tougher for migrants like him to get into America.