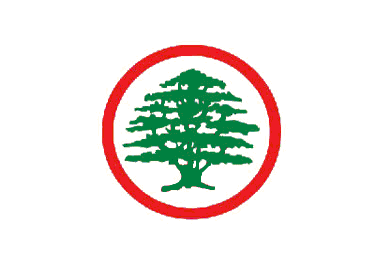 The Lebanese forces warned on Tuesday that shall efforts fail to agree on a consensual electoral law for the upcoming parliamentary polls, the political parties would be compelled to either run a parliament vote on the available electoral law proposals, or enter into a parliamentary vacuum, al-Joumhouria daily reported.

“We have not dropped chances to agree on a new electoral law, particularly that efforts in that regard are ongoing. We are working on a new hybrid electoral format that takes into consideration the remarks made about the previous formats,” unnamed Lebanese Forces sources told the daily.

However, the sources added that shall an agreement fail to be reached, “then everyone will be faced with a choice of two: first, to vote in the parliament on the electoral law proposals and the law that garners the majority will be adopted. This is a normal institutional path and a normal application of the constitution.

“Second, is to enter into (parliamentary) vacuum awaiting consensus on a forthcoming electoral law.”

They warned that threats about vacuum are very serious, and asked: “What is the use of periodic elections if they do not reflect real representation?”

“Mistaken are those who bet on a third option, whether related to the 1960 election law or the extension of the parliament term,” they remarked.

The Lebanese Forces has blamed Hizbullah party for “overthrowing” the hybrid electoral law which mixes the winner-takes-all and proportional representation systems after realizing that it would give the Lebanese Forces a bigger parliamentary bloc.

The political parties have intensified their efforts lately in a bid to agree on a new electoral law before the expiry of the deadlines.

They are discussing several formats of a so-called “hybrid” electoral law that combines the proportional representation and winner-takes-all systems.

The last polls were held under an amended version of the 1960 electoral law and the next vote is scheduled for May.

I don't know why, but lately I have had a lot of respect for the Lebanese Forces as a pillar of the Cedar Revolution.

I have left Geagea since more than one year. Yesterday, Adwan on MTV never dared to answer the fundamental questions about the armament of a militia and its involvement in Syria...pity!!!

they joined the train of power and corruption. But there are still a lot of great LF people who see and understand what is happening.

Minister Riachi to MTV: Everyone knows that President Aoun is allied with Hizbullah and his stance is not new and we're keen to prevent the points of disagreement from turning into a dispute.

and he and his LF party spearheaded the campaign to elect Aoun president.;)