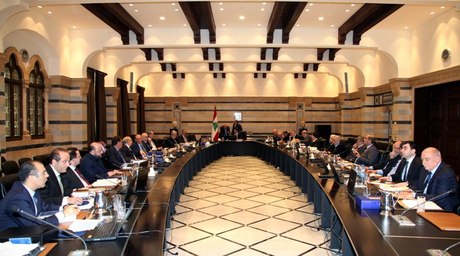 An evening cabinet meeting devoted to study and approve Lebanon's 2017 state budget, did not finalize the needed discussions as anticipated by Prime Minister Saad Hariri who scheduled a final session for Friday to endorse the plan for the first time in 12 years, reports said on Tuesday.

Hariri chaired the cabinet meeting which convened Monday afternoon at the Grand Serail and was adjourned at 10:45 p.m.

A final session was scheduled “to review some of the figures as a prelude to raising the budget to the parliament,” Information Minister Melhem Riachi told reporters after the meeting.

“The suggested reforms for the budget have been approved. On Friday we will review the budget strategy in order to present it to the Parliament. It will be the first approved budget in 12 years since the absence of a budget from the Lebanese treasury and the Lebanese State's financial strategy,” added Riachi.

The Minister added that an agreement between the minsters has been reached that within ten days and at the first cabinet meeting, the Energy Minister would submit a plan to resuscitate the energy sector, “it would save more than $1 billion annually,” said Riachi.

The cabinet has been meeting for several weeks now in a bid to approve the budget plan after it has been stalled for 12 years due to conflicts between the rival political parties.

Lebanon has not approved a state budget since 2005 and its public debt has amounted to around $70 billion.