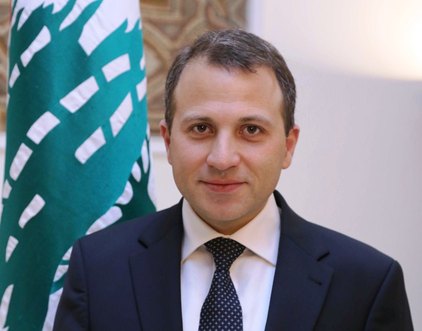 Foreign Minister Jebran Bassil said after the Arab Islamic American Summit in Riyadh Sunday that Lebanon adheres to President Michel Aoun's oath of office and to the ministerial statement distancing the country from foreign turmoil.

“We were not aware of the Riyadh announcement and believed that no statement would be issued at the end of the summit. It was a surprise to know about its issuance and content when we were flying back to Lebanon,” said Bassil in a tweet.

“We adhere to the oath of office, to the ministerial statement, and to the policy of distancing Lebanon from foreign difficulties in order to save the Lebanese people and the country's unity,” added Bassil.

During the Arab Islamic American Summit in Riyadh, U.S. President Donald Trump compared Hizbullah in a landmark speech on Sunday to extremist organizations such as Islamic State and al-Qaida.

However he lauded the Lebanese army for fighting IS and Lebanon for hosting a huge number of Syrian refugees.

The U.S. leader praised Saudi Arabia for joining Washington this week in “placing sanctions on one of the most senior leaders of Hizbullah,” Sayyed Hashem Safieddine, who is the head of the party's powerful executive council.

Who wants to inform an imbassil ...a corrupt servant?

Ebola is a disease NOT a resistance. It has destroyed Lebanon and its own community. The Shi3a are waking up from the nightmare of false promises and poverty.

Ebola is a disease and the cure is being put in place.

Trump with Daesh in Saudi Arabia, carrying the same sword that Daesh use to chop his compatriot's heads... among others.

it is the same sword that he will use to chop off yours and hezbollah's head.

N Korea is on the right track to Nuke your Trump at anytime.

btw, you admit that you're Daeshi then!

It has been brought to my attention by all of my advisers that, while I was in nirvana salivating on Ivanka Trump, the Lebanese delegation was listening to the summit statement. Ivanka is gone with the American delegation now but I still have Caroline, my sweet sweet Caroline.

Ya Imbassil! Lebanon is a Pariah state that is becoming completely isolated! This is because of Ebola, and Papa Aoun who vouches vor them! Wake up!! Can't you see what is happening?

We as Lebanese citizens are becoming 3rd class citizens of the world because of you! This is how we are treated when we land in a foreign country, or try to open a Bank account abroad!

Oh yes! Except if we travel to Iran...