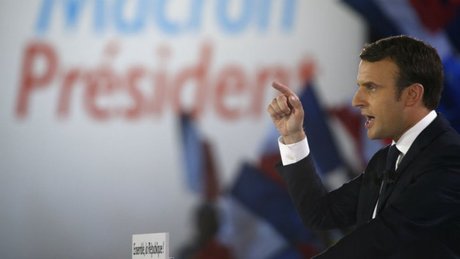 President Emmanuel Macron says France is no longer pushing for the departure of Syrian President Bashar Assad, a shift in French policy throughout the Syrian war.

Macron said in an interview with eight European newspapers published on Thursday that he wants to work more closely with Russia for a solution in Syria and says foreign powers were too focused on Assad as a person.

Macron says: "The new outlook I have on this issue is that I haven't stated that Bashar Assad's departure is a necessary condition for everything. Because no one has shown me a legitimate successor."

Macron's predecessors were among the most vocal Assad opponents.

Emmanuel starts to understand the Syrian case, although his opinion and position are not needed, because the syrian are the ones who decide, the same way when they voted in the last election and Assad won by majority.

Your opinion and position are needed to educate those who are uneducated on world affairs. Thank you for putting a new order in the world.

Doesn't matter what the Western leaders says, soon their own countries will be taken over by civil war between far right people on one side and Salafis on the other side.