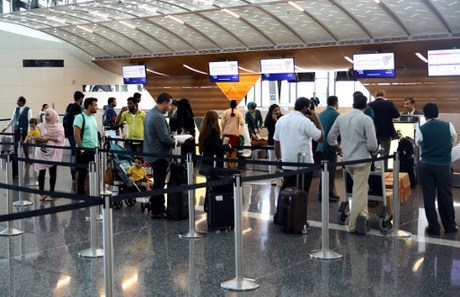 Qatar on Thursday added Lebanon to its list of countries whose citizens are exempt from visa requirement to enter the Gulf country, Lebanon's National News Agency said.

A memo issued by Qatar's Airport Passports Department said “the Lebanese nationality has been added to the list of nationalities that are granted instant tourist visas upon arrival.”

The memo was signed by the director of the Airport Passports Department, Mohammed Rashed al-Mazroui.

The development comes amid an unprecedented diplomatic crisis between Qatar and several Gulf countries that has seen Saudi Arabia, the UAE, Bahrain and Egypt sever all links with Qatar over accusations that Doha supports extremism.

Common guys, what is all this dirty words you are using, behave yourselves and stop using such ugly terminology. Wa'Allah you are amazing how you start slinging mud at each other, such a shame