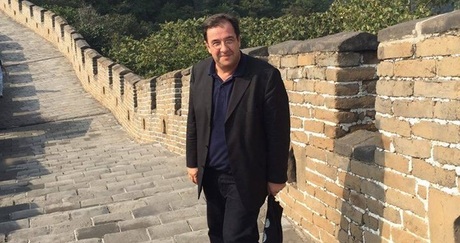 “He will submit a copy of his credentials to Lebanese officials ahead of assuming his new diplomatic mission,” NNA said.

The ambassador was welcomed at the airport by Foreign Ministry representative Nadim Sourati and the members of the French diplomatic mission.

Alrighty leftist islamists, explain why a basic question asking why you hijacked "Cristhian" names is a problem? Too afraid to answer, so you suppress? Man up tric.movaten.

Try not to rent a truck today.

oooooooooooooh good comeback^ lol funny how you're implying you would.

That wasn't an argument.