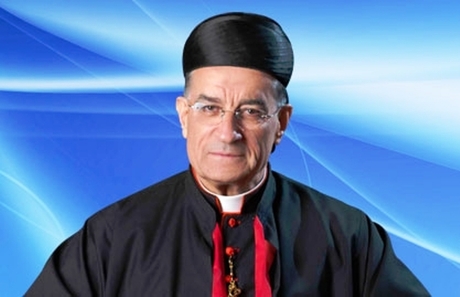 Maronite Patriarch Beshara al-Rahi said on Saturday that the situation in Lebanon has become “unbearable” with the presence of more than 1.5 million Syrian refugees and that the country “must not wait for the international community” but should exert strenuous efforts to return the displaced.

“Lebanon can not wait for the international community to return displaced Syrians back to their country because it has its own considerations,” said Rahi.

“We have to work to return them back to their homeland because there are plenty of safe regions in Syria,” he added.

The Patriarch noted that Lebanon is witnessing a “political-security crisis,” adding to the “crisis of refugees and the economic calamity.”

“The situation is unbearable,” he remarked.

Rahi spoke from the Bekaa city of Zahle where he began a two-day pastoral visit.

Lebanon hosts more than 1.5 million Syrian refugees, who amount to more than a quarter of the country's population not to mention undocumented individuals, many of whom live in informal tented settlements.

The World Bank says the Syrian crisis has pushed an estimated 200,000 Lebanese into poverty, adding to the nation's one million poor.

Finally, the FPM have their own Patriarch.

I agree absolutely with the patriarch here. The international community will drag tis on and on with buraucracy, judicial loopholes and procrastination from United Nations, NGOs and countries with their self-interest as their no1 priority. There are many safe places to go now that the civil war is dwindling down. Its time to build up their country again like the europeans did after WW2 (with substantial US Marshall aid). If we choose to ignore the patriarch we might see yet another state in the state of Lebanon. First the palestinians, then the iranian resistance and finally the nation-breaking syrian "freedom fighters".