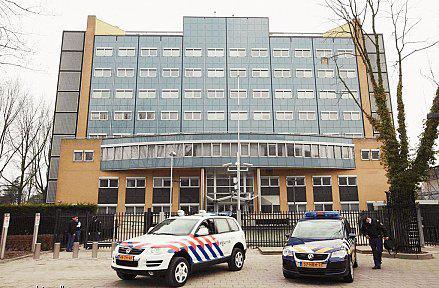 The Appeals Chamber of the Special Tribunal for Lebanon has issued a decision on 15 questions of law submitted by the Pre-Trial Judge and pertaining to a new indictment that has been submitted by the STL Prosecutor, the STL said on Wednesday.

“The Pre-Trial Judge sought clarification of certain aspects of the applicable law in order to examine and rule on an indictment submitted for confirmation by the Prosecution,” an STL statement said.

In reaching this decision, the Appeals Chamber considered the oral submissions made by the Prosecution and the Defense Office at the public hearing held on October 11, as well as their prior written submissions.

The questions submitted by the Pre-Trial Judge related principally to the crime of criminal association under Article 335 of the Lebanese Criminal Code and the criteria for reviewing the indictment.

Below are key rulings of the Appeals Chamber:

1. The definition of the crime of criminal association

The Appeals Chamber clarified that the crime of criminal association is composed of the following material elements:

(i) an agreement, oral or written, between two or more people;

(ii) a particular purpose of the agreement, being the commission of one or more felonies against persons or property, or felonies undermining the authority of the State, its prestige or its civil, military, financial or economic institutions;

2. The distinction between criminal association and conspiracy

The Appeals Chamber clarified that, in circumstances where the underlying conduct is the same and can qualify as both conspiracy and criminal association, it would not be appropriate to allow that these crimes be charged cumulatively. This is without prejudice to the right of the Prosecution to charge these crimes in the alternative.

3. The criteria for reviewing the indictment

The Appeals Chamber held that the Pre-Trial Judge must assess whether the materials provided by the Prosecutor in support of the indictment demonstrate a credible case which could, if not contradicted, be a sufficient basis to convict the suspect on the charges in the indictment. It is irrelevant whether any particular supporting materials have also been submitted as evidence in the Ayyash et al. case.

Finally, the Appeals Chamber stated that the Pre-Trial Judge can only review material that has been provided to him by the Prosecutor. He cannot take into account, nor assess, materials that have not been submitted to him, including material that is in the public domain.

The confidential indictment was filed for confirmation on July 21.

According to media reports, the new indictment is linked to the bomb attacks that targeted Elias Murr, Marwan Hamadeh and George Hawi.

The indictment names “a new suspect from Hizbullah,” the reports claim.

The STL was set up in 2007 to try suspects charged with the murder of former premier Rafik Hariri, who was killed with 22 others in a massive suicide truck bombing on the Beirut waterfront on February 14, 2005.

Five suspected members of Hizbullah have been indicted by the court over Hariri's murder. The party has slammed the court as an American-Israeli scheme and vowed that the suspects will never be found.

A trial in absentia opened in January 2014, but despite international warrants for their arrest, the Hizbullah suspects are yet to appear in court.