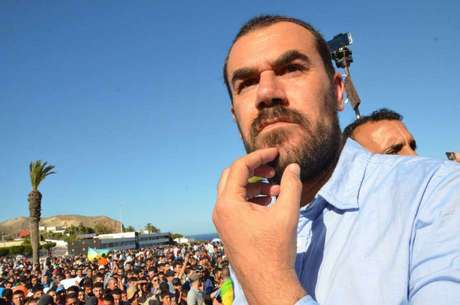 It all began with a fish seized by the police.

Morocco is marking one year since a fisherman's gruesome death spawned a social protest movement against police abuse — an event that has drawn comparisons to the 2010 death of a Tunisian vendor that sparked the Arab Spring democracy uprisings.

Since October 2016, the northern Moroccan town of Hoceima in the ethnically Berber Rif region has seen unrest stemming from the death of 31-year-old Mouhcine Fikri, an impoverished local fish seller.

Fikri was crushed in a garbage truck while trying to retrieve a valuable swordfish seized by police, who said its sale was illegal. Since then, a protest movement called Hirak Rif has held demonstrations to demand social justice and economic development.

In May, Moroccan authorities cracked down on Hirak Rif's leaders and a large number of protesters, arresting between 330-400 people, according to the Moroccan Human Rights Association (AMDH). Yet the movement's influence is still being felt.

This week also saw the start of the trial of Hirak Rif's charismatic leader, Nasser Zefzafi, which is being closely followed by the Moroccan public.

The Rif region enjoys a strong regional identity and has historically always enjoyed some level of independence from the central government. In 1921, when Morocco was colonized by France and Spain, the legendary rebel leader Abd el-Krim installed a republic in the region after defeating the Spanish army.

Although the Rif Republic was dissolved just five years later in 1926, it deeply marked the collective memory.

In 1959 and 1984, uprisings broke out in the Rif that were brutally suppressed by King Hassan II, the current king's father.

The Hirak Rif movement has its roots in the region's marginalization, as well as in the evolution of a political consciousness and a desire for social justice, a redistribution of wealth and respect for the rule of law.

Inspired by the Hirak Rif, activists from other marginalized areas have launched their own groups. In southern Morocco, the city of Zagora has seen multiple protests in recent weeks over access to clean water — and the Zagora Hirak was able to get the city's drinking water service back to normal.

"The Hirak has put a spotlight on the lack of local democracy," said Kenza Afsahi, a sociologist at the University of Bordeaux and the author of several works on the Rif.

But Afsahi said the movement's achievements have limits.

"Despite Hirak's popularity in national and international public opinion, the movement has failed to reverse the balance of power. The authorities continue to be relatively repressive. There is also a widespread concern about the decline of human rights," she said.

Several local and international organizations are now looking to the monarch as the person who can free the Hirak detainees.

"In the parliament, we have discussed the possibility of addressing a request for pardon of the Hirak detainees to the king," said Abdellatif Ouahbi of the PAM opposition party, who added the proposal does not yet have enough support.

Abdellah Bouanou of the ruling Justice and Development Party (PJD) suggested "we must go ahead and make a reconciliation" for those arrested activists so the situation in Hoceima does not fester.