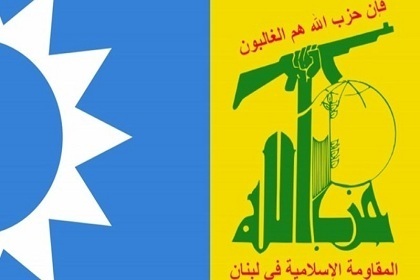 During talks with al-Mustaqbal Movement officials, Hizbullah has shown “flexibility” in approaching “any format” of Lebanon's dissociation policy “inspired by the ministerial statement that it had already approved,” al-Ittihad newspaper reported on Monday.

It added that the argument that will be enclosed in the ministerial statement will be “clear-cut,” and keen on “appeasing Hariri.”

Political parties are working on resolving a political crisis that emerged following Hariri's surprise resignation on November 4 from Saudi Arabia.

Hariri had caused widespread perplexity when he resigned during a TV broadcast from Saudi Arabia, citing assassination threats and blasting the policies of Iran and Hizbullah in Lebanon and the region.

After a puzzling mini-odyssey that took him to France, Egypt and Cyprus, Hariri arrived back in Lebanon on November 21 and then announced that he was putting his decision to quit on hold ahead of negotiations.

But while Hariri and his Saudi backers seemed on a collision course with Hizbullah last month, an apparent behind-the-scenes deal now appears to be restoring the status quo.

The premier has called for dissociating Lebanon from the regional conflicts through ending Hizbullah’s involvement in them, revealing that “there is seriousness in the ongoing contacts and dialogues” and that the other parties seem to be inclined to accept his proposals.

If Hezbullah does not relinquish their arsenal to the army then our leaders should order the army to take those arms. That's what every sovereign country does. We cannot have this going on if we want to be independent.

That is not going to happen, so what is your alternative? The Army consists of all faiths including lots of Shia, it would spiral into a civil war.

Is that what you want for Lebanon? If not, then forget it and live on.
Stop doing what Israel wants.

Whoever defies the state has no business living in it. You, and any Hexbullah member are free to go to Iran and have residence there.

That is still out of the question. It is not going to happen.

Why do you keep whining then?

Israel has ordered the filthy murdering militia not to hand over their weapons for like Iran, it prefers a weak national army.

yeah but this time with "flexibility"

Iran has a parallel army to enforce their religious craziness. I, along with everybody I know, do not want to live in Iran and would rather live in a Lebanon controlled by Lebanese, who put Lebanon first, regardless of what any foreign power wants.
That applies to Iran, Saudi Arabia, Syria, Turkey or Israel.