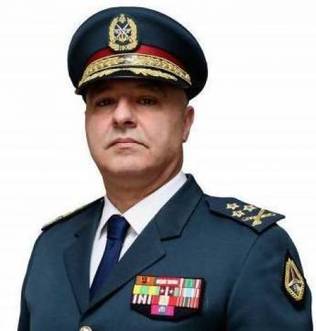 The army's leadership has reportedly “refused” to accept controversial decrees related to the promotion of army officers handed back to the defense ministry by the finance minister after he refused to sign them, asking said minister to provide “written answers” to the reasons and circumstances that justify the decision, al-Joumhouria daily reported on Saturday.

Sources following up closely on the new row between President Michel and Speaker Nabih Berri over the decree said: “It seems the row will find no close solution and the crisis will be wide open with the new year beginning.”

The row is likely to escalate “if the ministry of defense took advantage of promotions as a fait accompli and did not respond to the letter of the minister of finance, in which he requests evidence on the legal grounds to upgrade a number of officers who did not fulfill conditions according to years of service.”

“Taking such a step means the crisis has reached the red lines,” considered the sources who spoke on condition of anonymity.

The Aoun-Berri spat broke out after the president and Premier Saad Hariri signed a decree granting one-year seniority to a number of officers.

Berri and Finance Minister Ali Hassan Khalil, a political aide to Berri, have insisted that the decree should have also carried the finance minister's signature.

Ain el-Tineh sources (the Speaker's residence) have meanwhile warned that the decree would tip sectarian balance in favor of Christians in the army's highest echelons.

Another farce created by aoun and his ruling mafia indicative of his unilateral decision making process when he always pays lip service to consensus.

So if a crisis forced the closure or suspension of say a medical school for a year or two, will we still give the title of doctor to those who eventually graduated... a year or two earlier?

Well Geagea didnt even graduate, so I guess the answer is yes :-) But seriously, theres a difference between putting your life on the line for your country and studying to be a doctor. This reaction by Berri and his aidies is secterian per exellance.

They are both as bad as each other. Do you think for one moment aoun would have pushed this decree if the majority of the officers were muslims?

I don't think you have any understanding of what is going on or what I said. These officers graduated a couple of years later than they should have due to 'Force Majeure'. You cannot give them the title of an officer and back date it.

Geagea is not a government employee and does not receive a salary from the state nor does he receive a pension.

The only reason these officers were suspended by the Syrian occupation is that they were Christians. They were punished instead of their deserter commander. This injustice should be redressed. Unfortunately Berri and those behind him refuse to do so. Like it or not Berri and co are implementing the unconstitutional concept of the "moutalata". Aoun is just an opportunist using this issue for his benefit but if these officers get what is rightly theirs I'm fine with that.

Correct, the army leadership follows the liar till his doorstep by asking Khalil for a written explanation as to why he refuses it.

You will witness in the coming weeks the IQ next to zero of Aounallah. He never took one single correct decision.

That is how Imam aoun wants to build a strong state and a better future: by buying loyalties and granting unearned privileges.