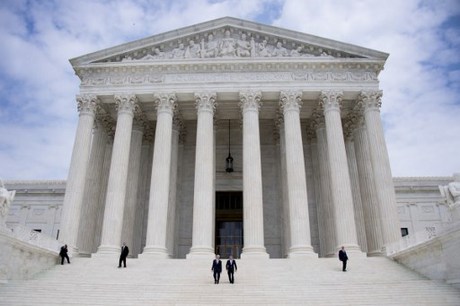 Duff said he was setting up a working group that would provide a report and recommendations by May 1.

The memo came just days after Alex Kozinski stepped down from his post at the influential San Francisco-based US Court of Appeals for the 9th Circuit after he was accused of inappropriate behavior by at least 15 former clerks and staffers.

The Romanian-born Kozinski is the highest-ranking judiciary official ensnared in a swirling nationwide reckoning on sexual harassment and abuse, which has toppled a number of powerful men in entertainment, politics, business and the media.

And nearly 700 current and former law clerks had sent Roberts a letter seeking action to better handle sexual harassment in the workplace.

"Events in recent months have illuminated the depth of the problem of sexual harassment in the workplace, and events in the past few weeks have made clear that the judicial branch is not immune," Roberts wrote in his 2017 State of the Judiciary Report.

"The judiciary will begin 2018 by undertaking a careful evaluation of whether its standards of conduct and its procedures for investigating and correcting inappropriate behavior are adequate to ensure an exemplary workplace for every judge and every court employee."

Roberts said he expected Duff's working group to "consider whether changes are needed in our codes of conduct, our guidance to employees -- including law clerks -- on issues of confidentiality and reporting of instances of misconduct, our educational programs, and our rules for investigating and processing misconduct complaints."

"These concerns warrant serious attention from all quarters of the judicial branch," he added.

Relationships between judges and their law clerks have especially come under scrutiny, and because the chambers operate under strict confidentiality rules, there is concern that harassment goes unreported.

In their letter to Roberts, the current and former law clerks and law professors wrote that they believe "significant changes are necessary to address the potential for harassment of employees who work in the federal court system."

They warned that there was a risk that "confidentiality provisions can be used to shield, if not enable, harassment."

When the letter was first sent to Roberts on December 20, there were 695 signatories. By December 28, 844 people had signed the letter.