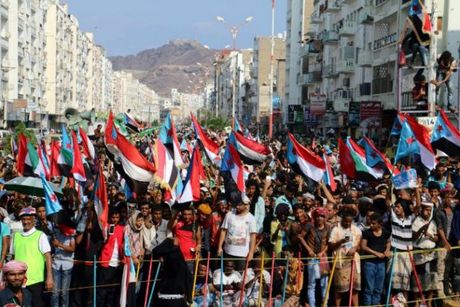 Yemen's Prime Minister Ahmed bin Dagher on Sunday accused southern separatists of attempting a coup in the interim capital of Aden after they took over the government headquarters.

The premier called on the Saudi-led coalition fighting Iran-backed Huthi rebels to intervene after fierce clashes.

Here is some background on the latest twist in Yemen's tangled conflict:

South Yemen was an independent state -- with former British colony Aden as its capital -- from its formation in 1967 until 1990, when it was unified with North Yemen under northern leader Ali Abdullah Saleh.

Four years later, it launched a separatist rebellion which culminated in its occupation by northern forces.

The scars of that war are still widely felt, feeding separatist sentiment.

In the chaos that has followed the ouster of Saleh by protests in 2011, southern separatists have bolstered the forces of internationally recognized President Abedrabbo Mansour Hadi in the battle against the Huthis and loyalists of the now-dead strongman.

In March 2015, the Huthis advanced on second city Aden, where Hadi had taken refuge after escaping house arrest in the capital Sanaa.

But the Saudi-led coalition helped pro-Hadi forces push the rebels out of Aden in July that year, as well as from four other provinces.

Hadi loyalists have been boosted by the Popular Resistance alliance of southern separatists and tribesmen who took up arms after the rebels advanced on their regions.

The separatists have long called for the secession of the formerly independent South Yemen, and their support for Hadi has been far from unconditional.

The 26-member council, which is not recognized by Hadi's government, includes the governors of five southern provinces and two cabinet ministers.

Hadi sacked Zoubeidi along with cabinet minister Hani bin Breik, in a move widely seen as reflecting divisions among his supporters.

The two men played key roles in restoring security to Aden and adjacent provinces after the Huthi push.

The sidelined southern leaders are supported by the United Arab Emirates, a key member of the Saudi-led coalition that backs Hadi.

The UAE has financed, armed and trained southern security forces that fought against jihadists in the region and which have also been accused by rights groups of a raft of abuses.

The Saudi-led coalition has called for calm and restraint from "all Yemeni political and social components."