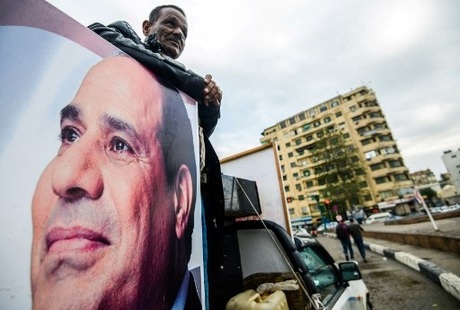 Egyptian President Abdel Fattah al-Sisi on Wednesday inaugurated the offshore Zohr gas field, aimed at making the Arab world's most populous country self-sufficient in natural gas by the end of 2018.

"We are now entering into the self-sufficiency stage... and, God willing, by the end of the year we will have reached self-sufficiency," Petroleum Minister Tarek al-Molla said at a ceremony in the northern city of Port Said, broadcast live on state television.

In December, the oil ministry said it was starting production from the field discovered in 2015 by Italian energy giant Eni with an initial 350 million cubic feet (10 million cubic meters) a day.

Molla, at the ceremony attended by Sisi, said Egypt expects it "will be able to stop importing liquefied natural gas... and therefore save what we import which is $230 million per month, or $2.8 billion annually."

The Egyptian government is trying to roll back the impact of the 2011 uprising that toppled longtime ruler Hosni Mubarak and led to years of political, security and economic turmoil.