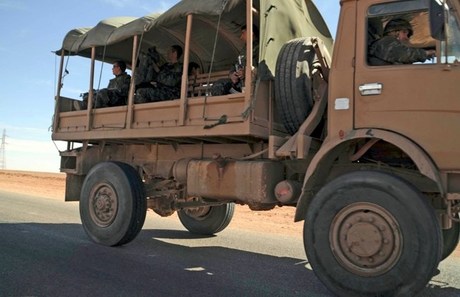 The Algerian army has killed a senior official of Al-Qaida in the Islamic Maghreb in an operation in the northeast of the country, officials said Wednesday.

Adel Seghiri -- also known as Abu Ruwaha al-Qasantini -- was among those running the group's Al-Andalus media wing responsible for putting out videos and statements.

The army said it killed "two dangerous terrorists" in the Jijel region, 400 kilometers (250 miles) east of the capital Algiers.

The defense ministry and security sources said the propaganda boss -- reportedly among the 40 most wanted "terrorists" in Algeria -- was one of those killed.

The propagandist was an active member of jihadist groups since Algeria's "black decade" of conflict between the government and Islamists in the 1990s.

Al-Qaida in the Islamic Maghreb has staged kidnappings and attacks across Africa's Sahel and Maghreb regions.