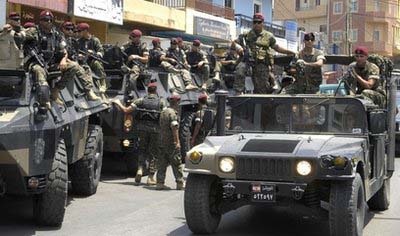 Lebanon and Russia are preparing to sign a military cooperation treaty that involves a “comprehensive framework for coordination” and “joint activities” between the armies of the two countries, media reports said.

An official Russian government website for documents and information has published a government decree authorizing the Russian Defense Ministry to conduct “necessary talks with the relevant Lebanese authorities to draft a final format of the treaty.”

According to the decree, the treaty involves “exchanging information on defense means and enhancing international security capabilities; activating anti-terror cooperation; improving joint cooperation in the fields of cadre training, military exercises and armed forces building; exchanging IT expertise; and establishing mechanisms for cooperation between the two countries' armies in the various military fields.”

The Americans are donating everything. Same goes for the UK. They're gifts, and the state isn't going into debt for those. Do you see the difference?