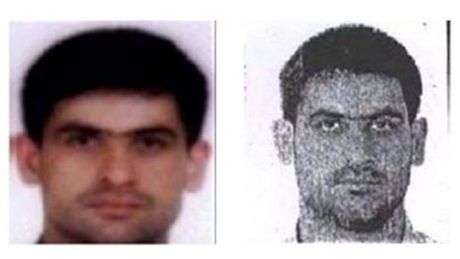 Lawyers for one of four alleged Hizbullah members accused of involvement in the 2005 assassination of former Prime Minister Rafik Hariri called Tuesday on judges at the U.N.-backed Special Tribunal for Lebanon to acquit him, saying prosecutors have not presented enough evidence for a conviction.

"Even taken at its highest, the prosecution evidence is not sufficient" to convict Hussein Hassan Oneissi, his lawyer Vincent Courcelle-Labrousse told the STL.

None of the four suspects is in custody and the trial at a courtroom just outside The Hague, Netherlands, is progressing in their absence. The Feb. 14, 2005, truck bombing in Beirut killed Hariri and 21 others and injured more than 220 passers-by.

Earlier this month, prosecutors wrapped up their case after four years. They called more than 260 witnesses and showed judges some 2,470 exhibits as they laid out their case that the four suspects plotted together to blow up Hariri with a massive truck bomb.

Defense attorneys have not yet presented any evidence. Lawyers for the three other suspects are not calling for acquittals at this stage of the trial.

The case against a fifth suspect, Hizbullah military commander Mustafa Badreddine, was halted in 2016 after he was killed in Syria.

Oneissi is charged as an accomplice and co-conspirator in the plot. Prosecutors accuse him of organizing a video-taped false claim of responsibility intended to shield the true perpetrators of the devastating bombing.

No time frame has been given for judges to rule on Courcelle-Labrousse's motion for acquittal.