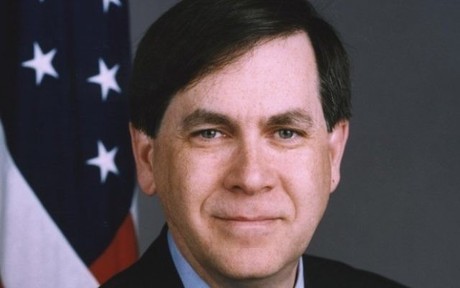 The United States mediation to solve a dispute between Lebanon and Israel over oil drilling rights and a controversial separation wall “have reportedly failed,” media reports said on Wednesday.

Acting U.S. Assistant Secretary of State David Satterfield's mediation “has failed in advance because it first requires the consent of both parties, meanwhile Lebanon refuses negotiations with Israel over fears it could be dragged into subsequent peace negotiations,” well-informed sources told al-Joumhouria daily.

“The Israeli side also adamantly adheres to its position on sharing Block 9 oil field with Lebanon, considering part of it is located in the Israeli territorial waters, which is strongly rejected by Lebanese authorities,” added the source.

The US efforts will reportedly “see a slowdown at this stage” regarding the oil file issue since “Lebanon and Israel both are adhering to their positions,” they said.

However, a source in the US administration close to Foreign Minister Rex Tillerson prefers the continuation of the US role even if it failed at making a breakthrough in the oil file, but at least “it can address the possibility of security deterioration between the two countries in light of recent statements made by Israeli and international officials, mainly the Secretary-General of the United Nations Antonio Guterres.”

Satterfield was in Israel on Sunday where he met with Israeli Energy Minister Yuval Steinitz “seeking to defuse an escalating oil and gas dispute with Lebanon.”

Last week Lebanon signed its first contract to drill for oil and gas in a pair of offshore zones, including one that Israel says belongs to it.

Sunday's Israeli statement quoted Steinitz as telling Satterfield that "a diplomatic solution is preferable for both sides."

It added that the two agreed to meet again during the coming week.

Satterfield also held talks on the issue with top officials in Lebanon.

David Satterfield's mediation “has failed in advance because it first requires the consent of both parties, meanwhile Lebanon refuses negotiations with Israel over fears it could be dragged into subsequent peace negotiations,”

but Lebanon negotiates with ISIS and provides air conditioned luxury buses as a means of transport!

Here is what's going to happen.After the elections all this tough talk will go away and the politicians will get a nice bonus from the US and the issue will be resolved to the liking of Israel. Everybody on here knows this...