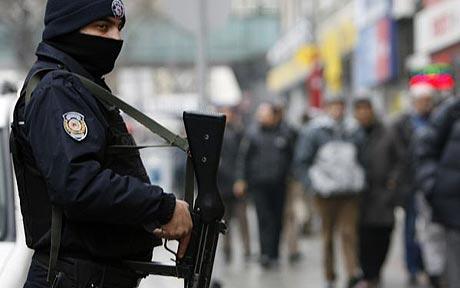 The four were detained in the Black Sea province of Samsun, Hurriyet daily said, after the U.S. mission in the capital said it would be closed on Monday because of a "security threat."