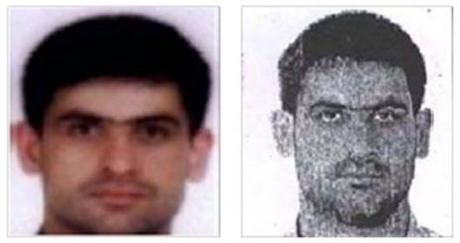 Judges at a U.N.-backed tribunal Wednesday threw out a bid to acquit an alleged Hizbullah member of any role in the 2005 assassination of ex-prime minister Rafik Hariri.

The chamber at the Special Tribunal for Lebanon "finds that the prosecution has provided a sufficiency of evidence upon which it could convict" Hussein Oneissi, presiding judge David Re said.

"Application for his acquittal is therefore dismissed," Re added.

The judge stressed though the court "could still acquit Mr. Oneissi at the end of the trial" if the prosecution has not proved the charges "beyond reasonable doubt."

The prosecution last month concluded its case against Oneissi, and three other suspected Hizbullah members, all being tried in absentia in the court in the Netherlands.

Before opening the defense case, lawyers for Oneissi, 44, had argued the five charges against him should be dropped as the prosecution had failed to provide sufficient evidence.

The judges agreed much of the evidence against Oneissi, much of which is based on records from mobile phone networks and SIM cards used in the attack, was circumstantial.

But "the number of coincidental actions is such that the trial chamber has sufficient evidence from which it could convict Mr. Oneissi of his involvement in the attack on Mr. Hariri," judge Janet Nosworthy said.

Hariri, who was Lebanon's prime minister until his resignation in October 2004, was killed in February 2005, when a suicide bomber detonated a van packed with tons of explosives next to his armored convoy on the Beirut seafront.

Another 21 people were killed and 226 injured in the assassination, with fingers pointing at Syria which had long been a power-broker in the country.

"The assassination of Mr. Hariri was obviously a carefully planned and rehearsed event requiring ... military precision," said Re.

Oneissi is notably accused of having recruited Lebanese Islamist Ahmed Abu Adass, and helping him to make a videotape falsely claiming the assassination.

Within minutes of the attack, the false claim of responsibility was made in several phone calls to Reuters news agency. Shortly afterwards a videotape of Abu Adass' "confession" was dropped off in a tree by the Beirut offices of Al-Jazeera.

The court agreed that since the trial opened in January 2014 no evidence had been found that Abu Adass was the suicide bomber and his DNA had not been found at the scene.

Rather Abu Adass had been used as a decoy "to divert attention from the attackers" to a "fictional fundamentalist group," Nosworthy said.

Salim Ayyash, as well as a fifth suspect Hizbullah commander Mustafa Badreddine, are accused of masterminding the plot, with Oneissi and two others – Hassan Merhi and Assad Sabra -- as accomplices.

The case against Badreddine was dropped after he was said to have been killed in fighting in Syria in 2016.

Hizbullah denies any involvement in the attack and its leader Sayyed Hassan Nasrallah has dismissed the court as a U.S.-Israeli scheme.

blablablabla
You re a great Copy paster :p
but not a thinker by yourself

Nah, this is not propaganda, this clip shows actual propaganda. It claims to show someone where he's not. Should've been obvious to all but the naive, the fool and the Mystic, everyone knows there are no trees in the sewers where this individual dwells.

What Lebanon needs is some civil rights. If it didn't have a racist constuitution which disenfranchises its Muslim majority, including therein the absolute majority of Lebanese who are Shia Muslims, it wouldn't need an online-purchase STL. It could rely on its own public to generate and support the institutions which make a state function. Instead, it has this gallery of racist "comedians". Analysts of racism in the US south conclude, I think, that the racism there also slowed down economic development, starting with agriculture-based slavery in an industrial age. Lebanon has a foreign-aid-based economy.