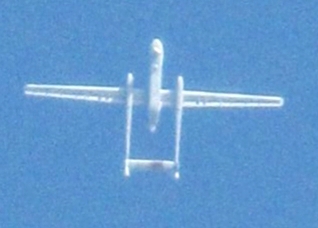 An Israeli reconnaissance drone was on Friday conducting intensive overflights over the mountainous regions of the northern Akkar province, the National News Agency said.

“The drone hovered at a high altitude over the same region that witnessed three days of overflights last week, after which the Israeli enemy's warplanes targeted Syria's T-4 airbase from Lebanon's airspace,” NNA added.

Fourteen fighters including seven Iranian revolutionary guards were killed in Monday's early-morning strike on the T-4 airbase in Syria.

Israel is believed to have carried out numerous raids inside Syria since 2013 but it rarely admits to them publicly, although it does say it wants to curb Iranian influence in Syria.

Lebanon has filed a U.N. complaint against Israel for violating Lebanon's airspace to carry out the T-4 strike.

Just checking if anybody is still moving at the T-4 airbase, I guess.