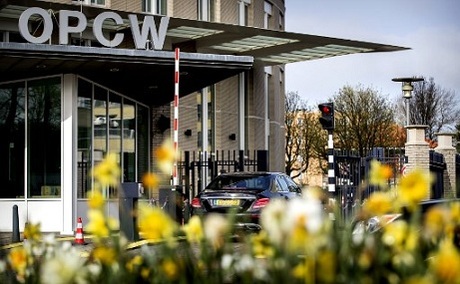 Priority must be given to boosting the work of the world's chemical arms watchdog so it can dismantle Syria's "secret" toxic weapons program, the French ambassador said Monday.

"The priority today is to give the technical secretariat the means to complete the dismantling of the Syrian program," Phillipe Lalliot told emergency talks of the Organization for the Prohibition of Chemical Weapons (OPCW).

Following the recent attacks "we all know, Syria has maintained a secret chemical program since 2013," the ambassador added, referring to the year when Syria finally joined the OPCW and admitted to stockpiling toxic arms.