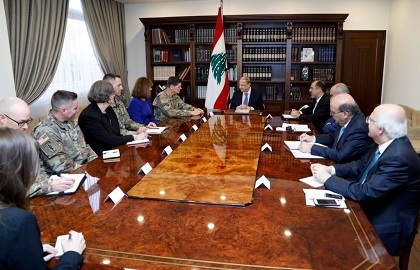 Talks have reportedly touched on several issues including Israel’s violation of Lebanon’s territory.

Aoun told Votel that “Lebanon will never be an aggressor, but it rejects any aggression against its land.”

Pointing to Israeli practices, he said “Israel continues to violate Lebanon’s land and maritime sovereignty. Contacts to end these violations on the border will resume next month,” he said.

Your existence is a violation of International Law.