Lebanon's New Electoral Law: What You Need to Know 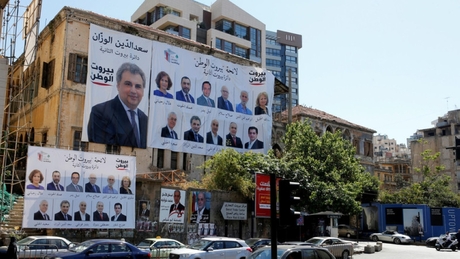 Lebanon is set to hold its first parliamentary vote in nearly a decade on May 6, after a drawn-out political stalemate finally produced a new electoral law in 2017.

The new system maintains the sectarian seat allocation in the 128-member parliament, but swaps out the decades-old plurality system for a proportional list-based one.

Below are the most prominent elements of the law.

The new law reduces the number of voting districts from 26 to 15.

The smallest district in the south is represented by five parliament seats, and the largest, the hilly region of Chouf-Aley, has been allocated 13 seats.

In each district, the seats are distributed among the various religious sects present in that area.

All voters, regardless of sect, can vote for all seats in their district. In the past, they could individually choose which candidate they want to elect for each seat, mixing and matching from various parties as they wished.

Under the new law, they must choose from among wholesale lists presented on pre-printed ballots.

The formation of those lists has been a key dimension of the new process. In some districts, political foes have reached across the aisle to form mutually beneficial alliances, while opposing each other in other districts.

It has also forced non-traditional candidates who would have run as independents to join forces within lists, as they can no longer run individually.

There are a total of 77 lists running across Lebanon.

Once voters choose a list, they can then award a "preferential vote" to one member of that list -- another new element of the reformed law allowing voters to grant an extra boost to a candidate they particularly like.

In previous elections, votes had only been counted by hand. Under the new law, a manual tally will take place at polling stations, but ballots will then be counted a second time, electronically.

The reformed system also introduces an electoral threshold, calculated by dividing the number of valid votes by the number of seats in each district.

If an electoral list does not cross the threshold, it is disqualified.

In a first phase, the qualifying lists are ranked based on how many votes they each received, and the seats are distributed among the lists accordingly.

Next, to determine which candidate from each list wins each religiously allocated seat, the preferential votes are counted.

For the first time, Lebanese expatriates were allowed to vote from abroad. Around 82,000 of those who had registered cast their ballots this week, ahead of the main election day in Lebanon.

The new law has also created Lebanon's first electoral oversight commission. The body is responsible for making sure the campaigns leading up to the elections, and the vote itself, run smoothly and fairly.

It included one representative of a civil society group, but she resigned last week in protest at "the lack of provision of necessary resources to allow the commission to carry out its tasks... and limiting its prerogatives."

"Under the new law, they must choose from among wholesale lists"

meaning individuals could not run as independents but have to join a list. A law that favors the big ruling corrupt parties.

It is now perfectly clear for him. He totally gets it after your detailed explanation of the facts. If not, he can refer to his 'sister' for more input.

Lebanon's New Electoral Law: What You Need to Know:

1) The Prime Minister and 16 ministers in his cabinet are running for election or re-election. So, 'Neutrality' is 'guaranteed'
2) The law is tailored around the ruling parties and independent candidates are not allowed to run unless they join one of the carriages of the 'freight' train.
3) Every imaginable pairing of odd and conflicting alliances has been employed to form lists which shows this elections is not about a political project but the future of the political class.

Do not believe their empty promises because they are lies. The average Lebanese citizen with a basic education is more qualified to be a member of Parliament than all of those 'Zaeems' combined.

Each person is his own sect so the only way to supply true diversity is to make all votes equal, all voters equal.